SHOP AT OUR STORE 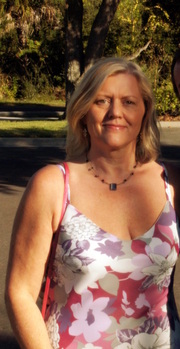 Helen has experience of running her own retail businesses in Wales. After which, for 11 years, she has been involved with Chambers of commerce. Initially a Training Center Manager for Cardiff Chamber of Commerce she progressed to Regional Business Development Manager. She then worked with Glamorgan University, in partnership with the Chamber, analyzing businesses and formulating an action plan to help them improve and grow their business. Training needs were identified to ensure companies had the  skilled personnel necessary to move forward and relevant courses were soured on their behalf. Another dimension of this project was creating sectoral groups within certain business areas that were strategically important to the Welsh economy.

Helen also had success with writing bids for government and charities. Four years were spent as a self-employed Business Consultant for the Newport & Gwent Chamber of Commerce (now South Wales Chamber) as a supplier Champion for the Welsh Assembly Government's Local Supplier Development Project. Assistance was given to companies with regard to tendering for business in the private and public (government) sector.

How to Tender workshops were organized as well as other activities such as Speed Networking and Meet The Buyer. She negotiated and planned events for large government bodies, including the BBC (British Broadcasting Corporation), Wales NHS (National Health Service) and County Councils.  Helen has extensive networking experience and is a people person with excellent and persuasive communication skills.
go to  group page:  bridgeport consultancy 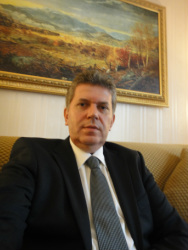 Marcel has over 25 years business experience. Born in the Czech Republic, Europe.
He has spent the past 15 years doing business and living in the Czech Republic, Monaco, USA and in Wales, UK.
He speaks English, German, Russian and Czech and has some knowledge of several other languages.
After initially studying the hotel business Marcel traveled extensively, exporting/importing in Europe, USA, Asia and Africa for his own companies.
He has gained extensive knowledge in opening and building businesses in different countries with regard to law, customs, taxes and business etiquette.
An ideas person Marcel loves to consult with individuals and organizations to brainstorm and help them to build and grow the business.